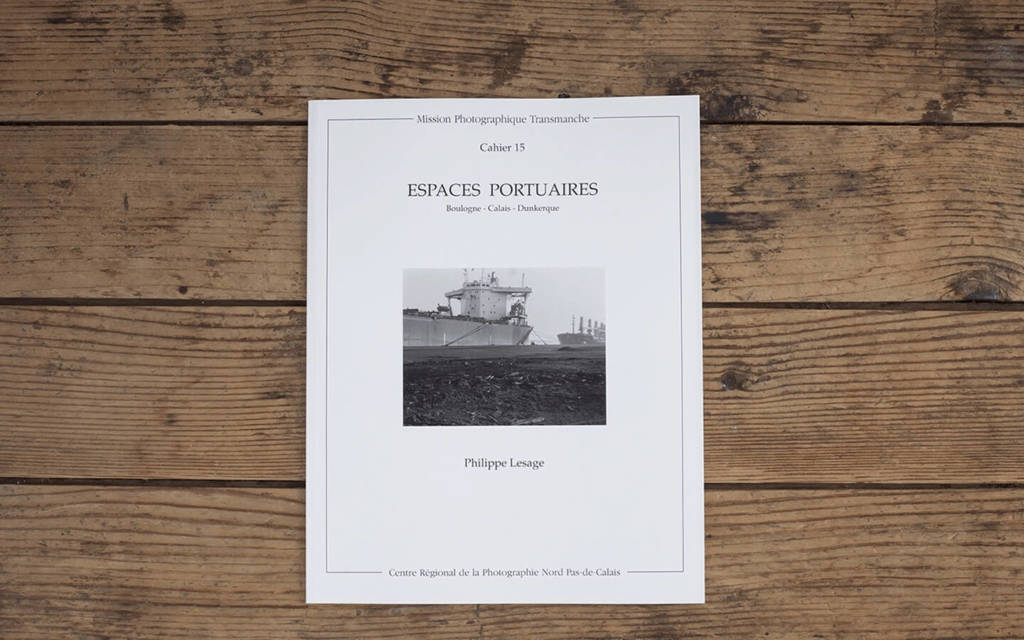 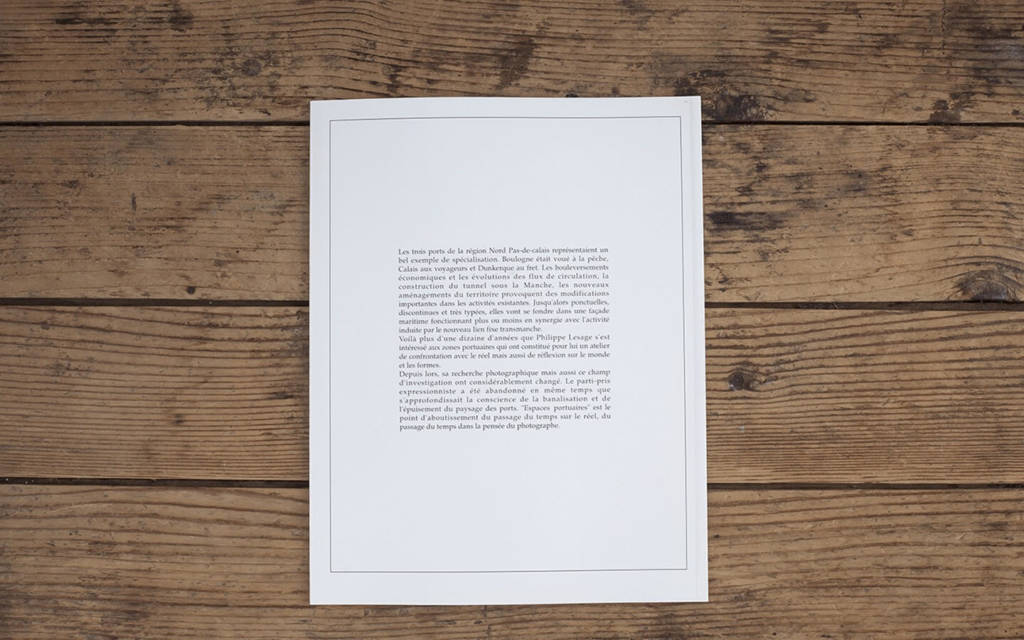 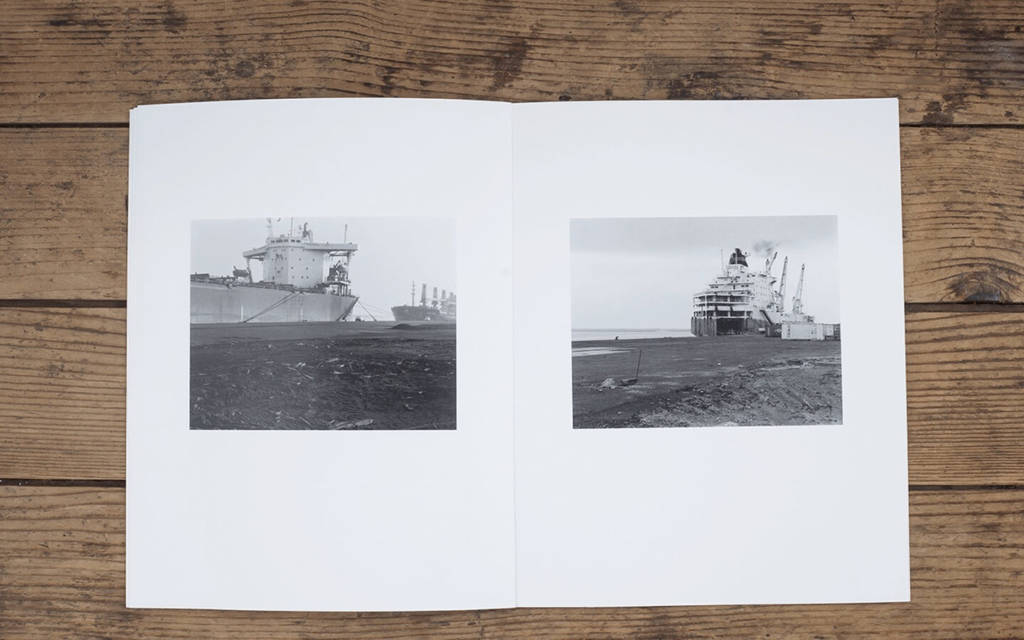 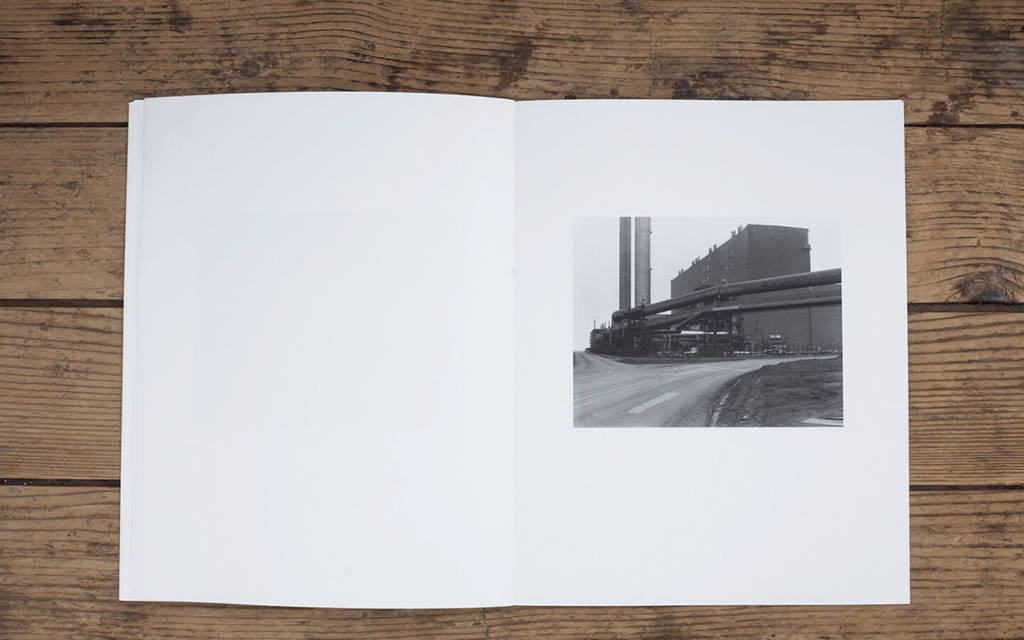 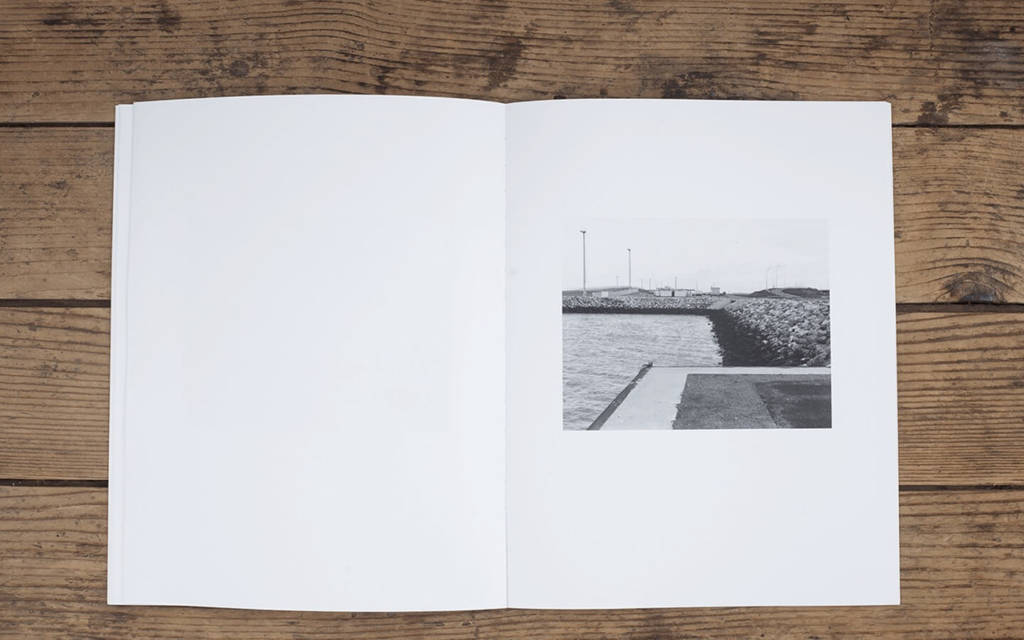 The three ports of the Nord – Pas-de-Calais region were a good example of specialization. Boulogne was dedicated to fishing, Calais to travelers and Dunkerque to freight. Economic upheavals, the evolution of traffic flows, the construction of the Channel Tunnel, and new developments on the territory caused existing activities to change significantly. Thitherto sporadic, discontinuous and very characteristic, they merged into one maritime façade working more or less in synergy with the activity created by the new cross-channel fixed link.

It has now been over ten years since Philippe Lesage explored port areas, which he saw as a studio in which to confront reality, but also to reflect on the world and its forms.