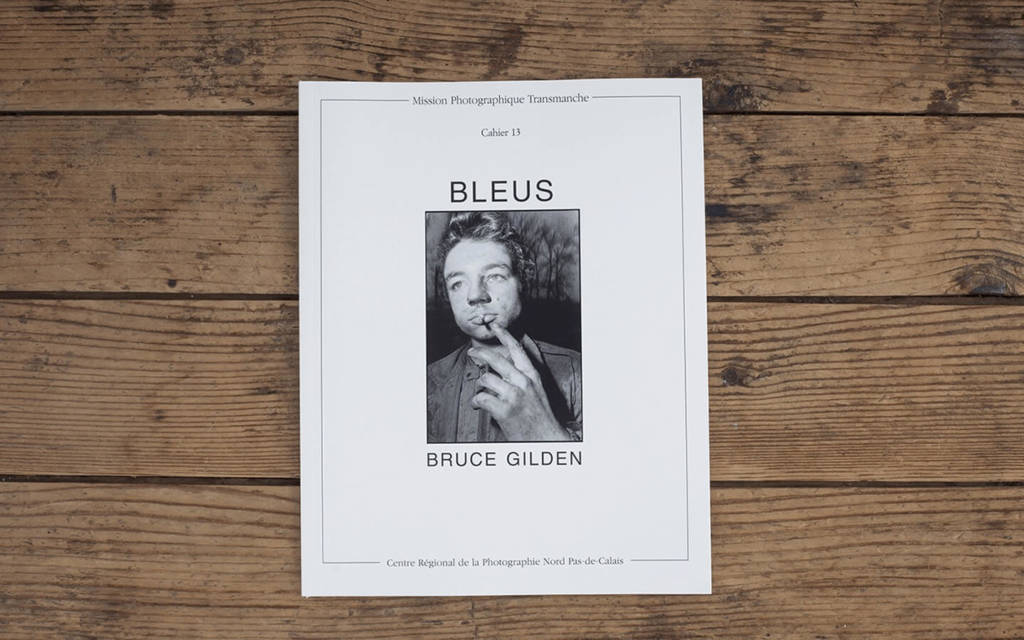 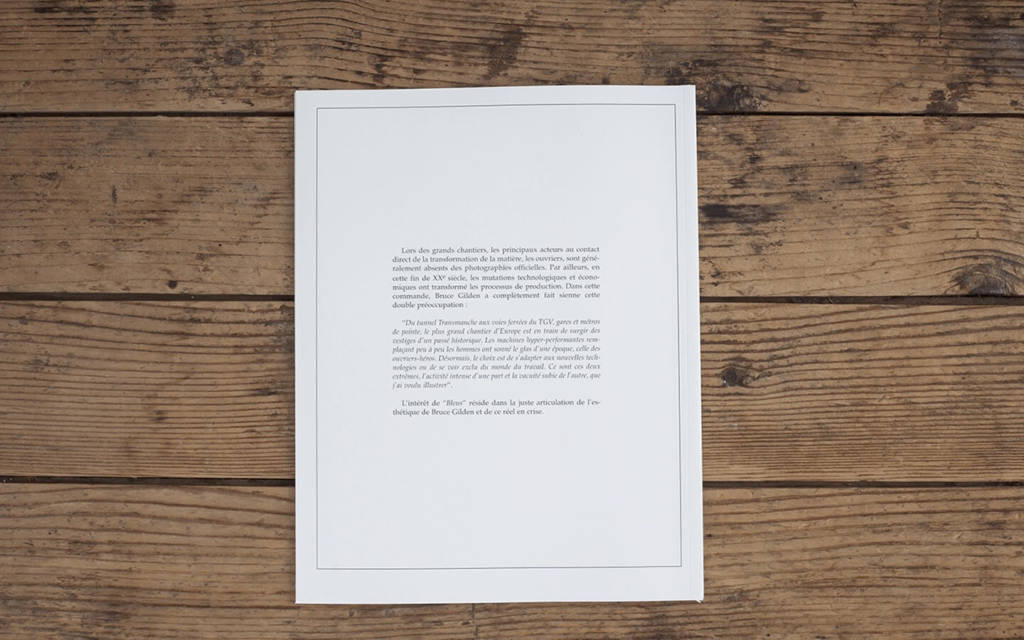 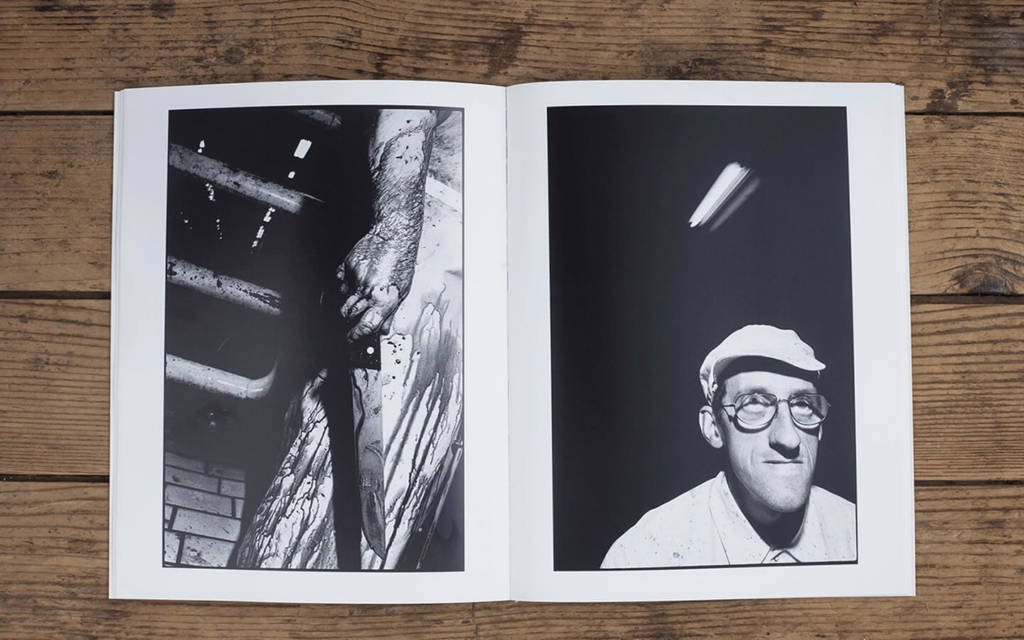 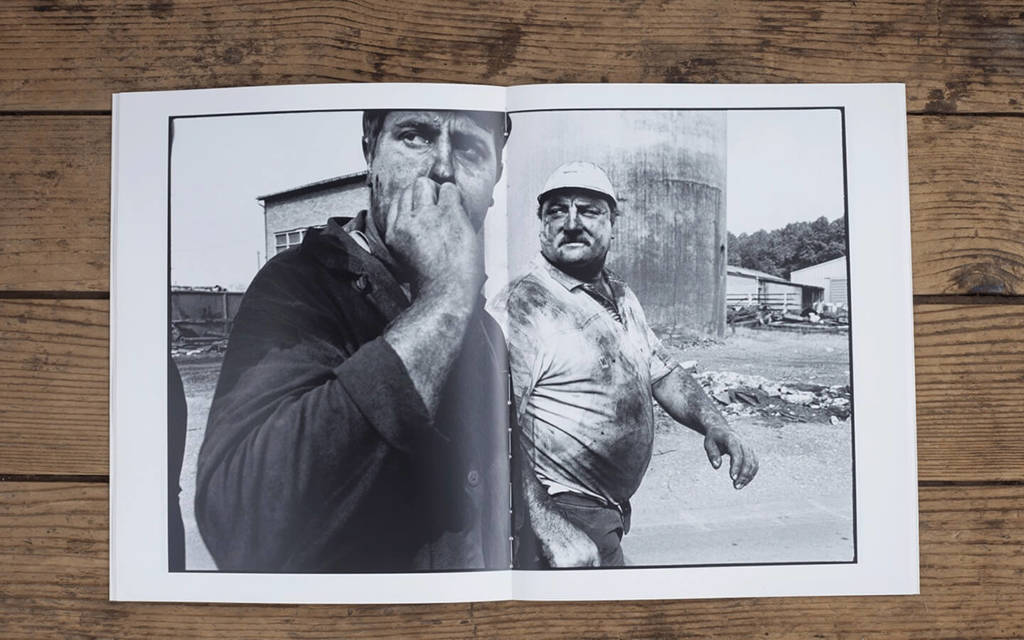 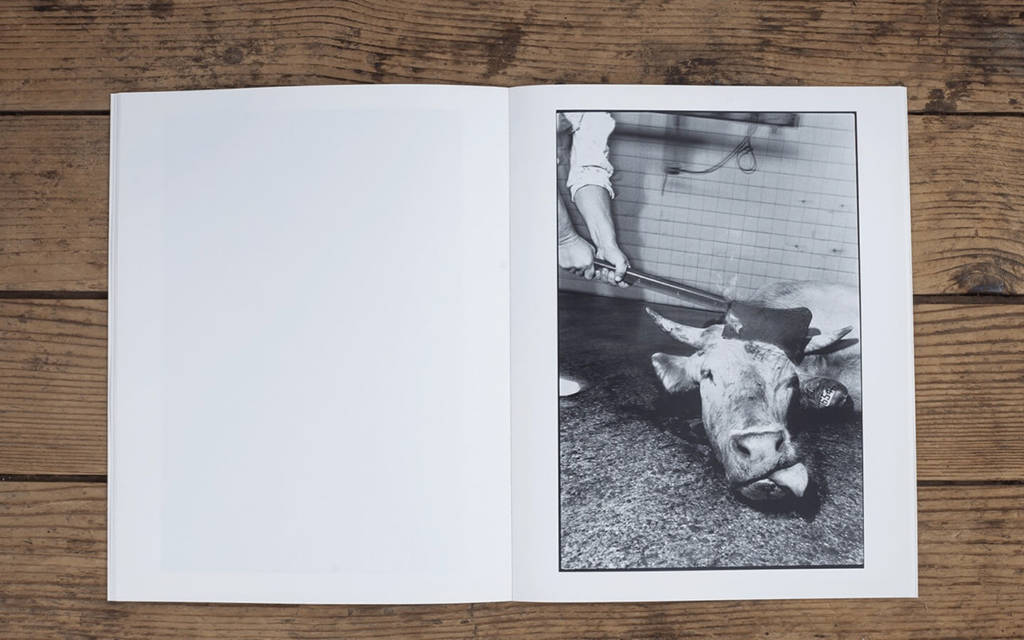 During major building works, the actors in closest contact with the material transformation – laborers – are usually missing from official photographs. Moreover, in the late 20th century, technological and economic changes were transforming production processes.

“From the Channel Tunnel with its high-speed TGV rails, stations and metros, the biggest construction site in history is springing up out of the vestiges of a historic past. Super-efficient machines that are gradually replacing men are sounding the death knell of an era, that of hero-laborers. Now the choice is to either adapt to new technologies or be excluded for the working world. It is these two extremes – intense activity and suffered emptiness – that I wanted to illustrate”.

What is interesting about Bleus is its balanced connection between Bruce Gilden’s aesthetics and the reality that was in crisis.