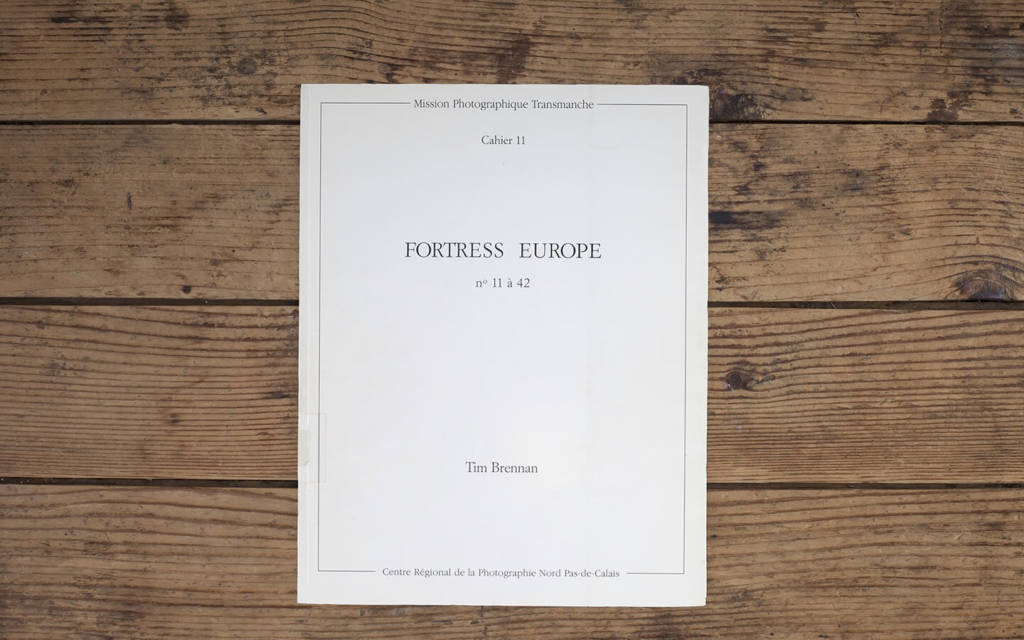 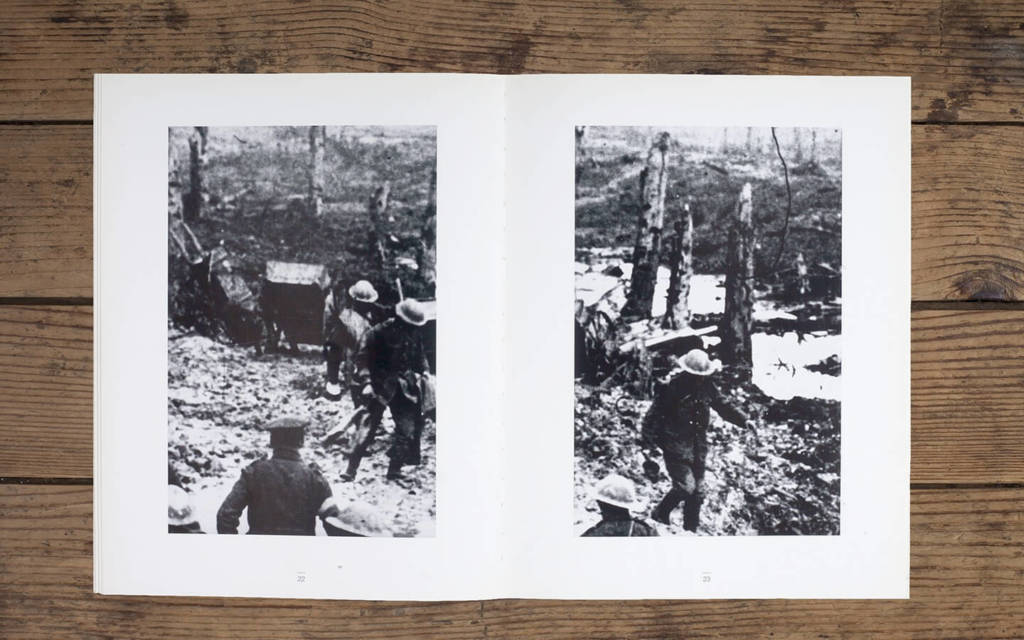 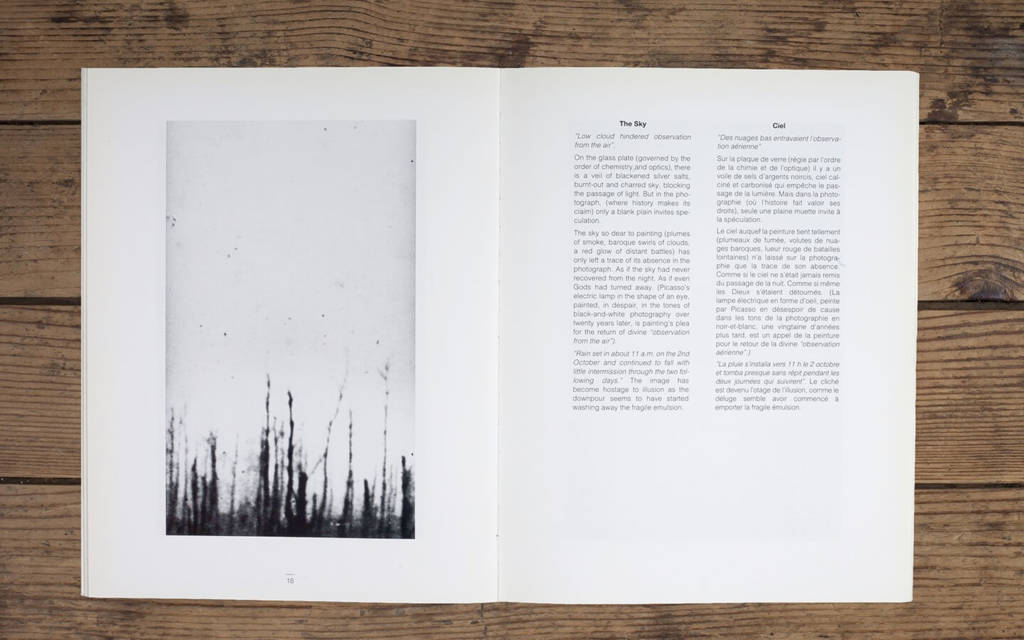 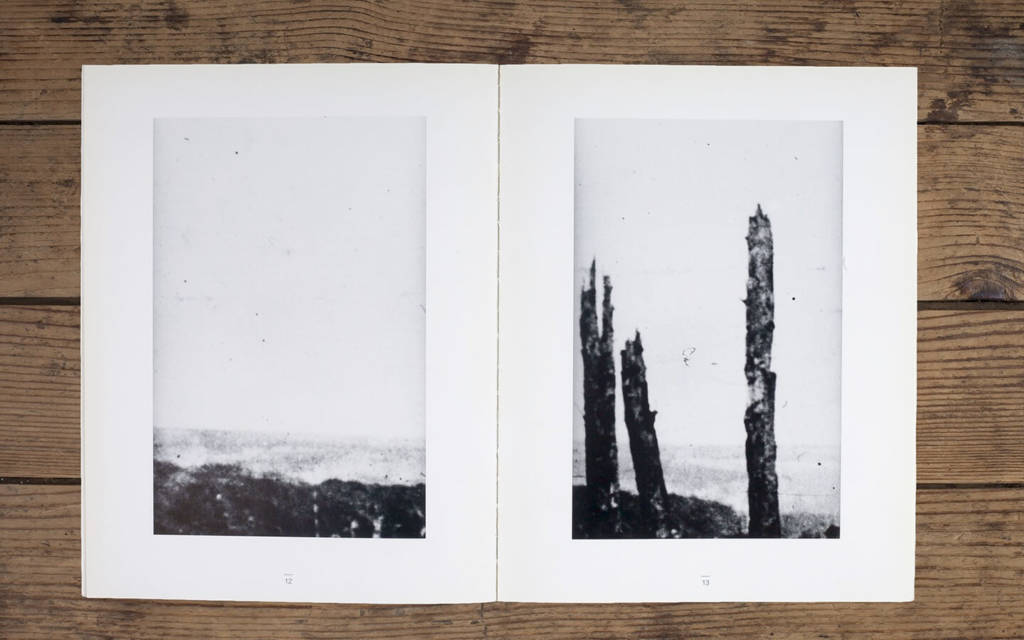 Tim Brennan, a young British visual artist who was doing a residency in Béthune during the Gulf War in 1991, appropriated an image found in the archives of London’s Imperial War Museum: a column of British soldiers on the Pas-de-Calais front in 1917. Influenced by the thought of Paul Virilio, he reflected on relations between images, power and war, on how to subvert and re-appropriate them by shattering them into multiple elements, this photograph apparently having been taken by a military operator, traces of war left in the collective memory or hallucinatory visions of industrial war’s impact on nature and the world.